María Jesús Alvarado Rivera was a striking forerunner for feminism in Peru. She was born the 10th child to a family of 13 kids in Chincha Alta, Peru on May 27, 1878. However, due the War Of the Pacific (a war that had Chile fight Bolivia and Peru) her whole family, mother, father and 12 siblings, had to sell their property in Chincha Alta, Peru and move to Lima, Peru when she was very young. María's upbringing was not the most easiest; it was a custom that her education only reached through the end of primary school, however, that did stop her at all. She continued her education through a private high school, and continued to self teach herself as much as possible. 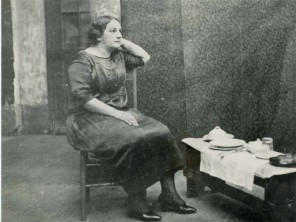 As a journalist, sociologist, and feminist writer, she ignited the flame for the fight for women's education, women's rights, and women's equal justice for jobs and professional work when she formed the association, Evolucíon Femenina (which translates to Female Evolution) in 1914. The association was a clear-cut rebel against the societal-set standards for Peruvian women. Even through Evolucíon Femenina, María founded the Labor and Moral School Workshop, to help those women who fell into the hands of prostitution.


María Jesús Alvarado Rivera was nowhere near ending her role in Peruvian feminism. Not only has she been published with works such as El Feminismo (which translates to Feminism) which was the very first revolutionary essay of the twentieth century in Peru, and Nuevas Cumbres (which translates to New Heights) a novel that wishes for a utopia of men and women living equally. She also started to feed the flame of women's justice in Peru through attacking the civil code of Peru to have women hold government positions.

However, all of her work came to a standstill in the year of 1937. When the Pan-American Women's Conference met in Lima, Peru in 1924, the topic to be discussed was "women's vote". María challenged to broaden the subject to encompass the idea of total women's equality. The Catholic Women's League objected with powerful anger and passion. As a result of it all the President of Peru at the time, Augusto B. Leguía, felt that his regime was being threatened, so the only solution he could think of was to throw María into prison. That did not last very long, she stayed in solitary confinement for three months before she was exiled to Argentina until 1937. With her deportation, all of her work towards furthering women's role in society did not progress or grow into something more. It is also important to note that neither did her work regress, it just stayed motionless. 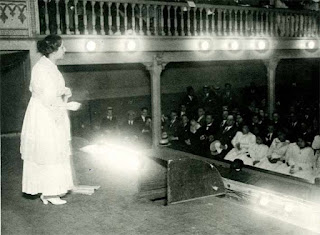 After returning back to Lima, Peru after her exile she founded the Academy of Dramatic Arts, "Ollantay", where a number of her plays were performed. María Jesús Alvarado Rivera was even appointed Councilor of the Municipality of Lima. María Jesús Alvarado Rivera was a woman who was ahead of her time; women did not even receive their right to vote in Peru until 1955, even with all the work that she has dedicated her life to women still had to wait years and years to do something simple as vote. 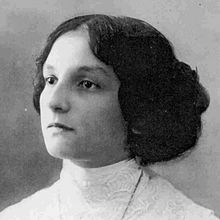 Weaver, Kathleen. Peruvian Rebel: The World of Magda Portal, with a Selection of Her Poems. The Pennsylvania State University Press, 2009.
at September 17, 2017

Lady Triệu: The Goddess on the Elephant

“All I want to do is ride the storms, tame the crashing waves, kill the sharks of the Eastern Sea, cleanse the land, and save the people ... 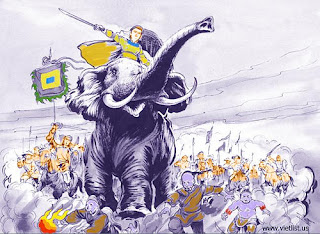